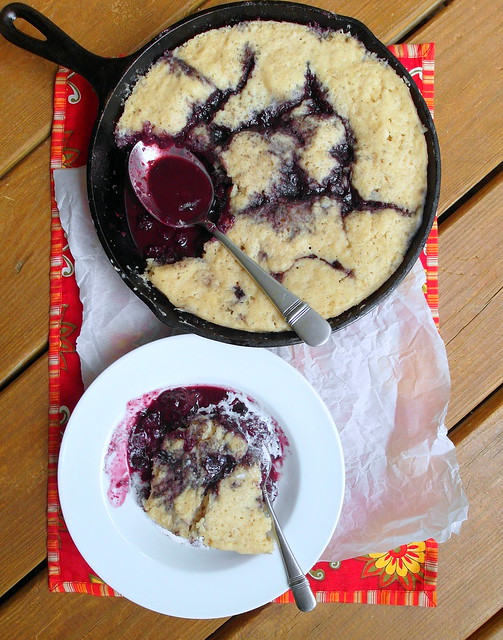 I do not know in what world the bubbles rising from berry juices and up through batter make a grunting noise, because it is obvious to anyone with a pair of ears that they bloop. For better or worse, grunt is what it is called.

A grunt is pretty much like a cobbler. Exactly like a cobbler. The only difference between a grunt and a cobbler comprised of sweetened juicy fruits with big, pillowy dumplings is that a grunt it cooked on the stove top while a cobbler is baked.

This means a few things: 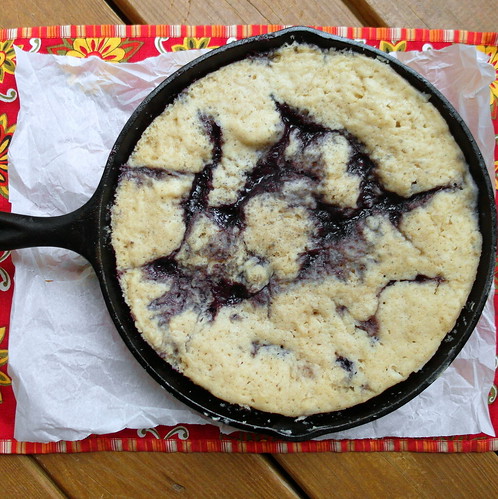 I had never made a grunt before, so I looked around at a few different recipes on the Internet, and then I sort of did my own thing. Here are the recipes I checked out before formulating my game plan.

As you’ll notice, all the recipes I saw are for blueberry grunt. I am not going to go out on a limb and say that blueberries are the most popular fruits for making grunts since I also saw references to blackberry and apple grunt, and I just made one with about 5 different kinds of fruit in it. The short rule is “use what you have.”

Almost all fruit and dumpling/topping desserts are related to each other somehow. I found this short but informative article on the differences among them, including grunts, cobblers, Betty and pandowdy, should you be a fan of such reading. Believe me, this is just one of many such articles, but I wasn’t about to go down that rabbit hole. These types of desserts probably differed from county to county, from town to town and quite possibly even from house to house.

For my version of a grunt, I used what fruits were in the house. I had some blueberries and blackberries from the CSA, a large handful of blackberries from our yard, some frozen sweet cherries and strawberries as well as some “mixed berries” from the warehouse store. I sweetened the berries fairly lightly, balancing the sweetness with some Bragg’s apple cider vinegar. 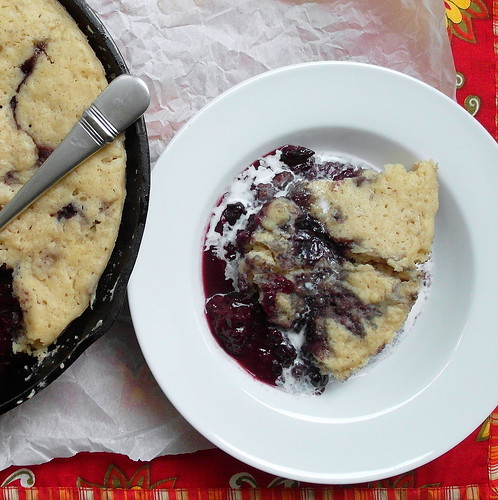 Just a sprinkling of cinnamon in a sweetened batter (more like a cross between a biscuit dough and a batter) and spooned over the top, it needs about 30-40 minutes on the stove for the dumplings to cook–poached bottoms and steamed tops. The finished grunt needs nothing but a short pour of heavy cream to take you to soft, sweet, juicy comfort food heaven.

This is a great fruit dessert any time, using fresh or frozen fruit, but it’s especially nice in the summer since you don’t have to turn on the oven. I hope you enjoy this soft, comforting and flavorful mixed cherry-berry grunt as much as I do.

Thank you so much for spending some time with me today. Have a lovely day.