Friends, I am so pleased to introduce you to the amazingly talented and awesome Jamie Ridenhour. Jamie writes (and poets). He teaches at the University Level. He is a musician. And a film maker. He also is a wonderful father, husband and friend. And guess what? His first novel is coming out next month! I’m thrilled for him (and for me, because I get to read it), and I am Very Pleased to bring you a taste of his writing. I hope you enjoy–I certainly did! 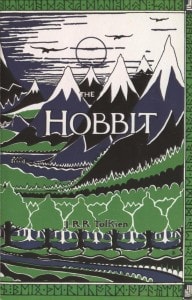 Hello there, Pastry-lovers. I’m really honored to share some cyberspace with Chef Jenni. I’m a huge fan of the Online Pastry Chef, sure because the food is scrumptious, but mainly because the writing ROCKS. And since that heady combination—good food and good writing—makes me want to frolic, I thought I’d spend my time here talking about food and literature.

Early in Kenneth Grahame’s classic children’s novel The Wind in the Willows, Mole is taken on a boating excursion by his new friend the Water Rat. The Rat has said that he loves nothing better than “simply messing about in boats,” but he has an important preparation before he can leave. He heads back into his river-bank hole and “after a short interval reappeared staggering under a fat, wicker luncheon basket.” When Mole asks what’s in it, Rat begins to tell him:

“There’s cold chicken inside it,” replied the Rat briefly; “coldtonguecoldhamcoldbeefpickledgherkinsaladfrenchrolls-cresssanwidgespottedmeatginergerbeerlemonadesodawater—“

“O stop, stop,” cried the Mole in ecstasies: “This is too much!”

But it’s not. The two animals eat every scrap when they stop for lunch.

Grahame’s joy in food is repeatedly evident throughout the book, and he’s certainly not alone. Literary food is a delight for the reader—there are multiple blogs devoted to it (including the lovely Literary Food Porn), and most of us are familiar with, for instance, Mrs. Crachit’s Christmas Pudding and Roald Dahl’s Wonka Factory. In the hands of a great writer, food—like the rest of reality—can take on a sheen of perfection that tantalizes and delights. It can be a source of comfort (as in the Crachit’s pudding and that prize turkey Scrooge sends over), or a source of horror (check out Stephen King’s Thinner). There are comic literary feasts (P.G. Wodehouse’s Jeeves and Wooster novels are chock-a-block with these) and there are dangerous dainties (the supernaturally addictive fruits sold in Christina Rossetti’s Goblin Market, for example). Kids’ books love food (Tigger’s comic attempts to find a food he can stomach in Milne’s House at Pooh Corner, or the amazing picture book How to Make an Apple Pie and See the World by Marjorie Priceman), and adult works of Literature do as well (Aimee Bender’s The Particular Sadness of Lemon Cake, Joanne Harris’ Chocolat, Laura Esquivel’s Like Water for Chocolate). There is even a subgenre of mystery novels, culinary whodunnits, that centers on food and features chef-sleuths. Often there are recipes appended to the novel itself (check out Fannie Flagg’s brilliant lesbian Southern gothic Fried Green Tomatoes at the Whistle-Stop Café for a different sort of book with recipes attached).

My own novel, Barking Mad, features a writer of culinary murder-mysteries, and my protagonist is a foodie extraordinaire. So there must be some sort of literary food influence somewhere in my background. And even though I love Wodehouse and Dickens (and Flagg and Pooh and the others I listed above), I think it might be Tolkien.

I knew I wanted to a writer when I read The Hobbit at the age of ten. I have since read it out loud to both of my kids, and read The Hobbit and the Lord of the Rings out loud to my wife while we were dating (I’m that cool). One of the things that I love about those books—on a list that includes the world-building, the reworking of mythology, and the kick-ass sword-fights—is the food-obsession of the hobbits themselves. Though perhaps “obsession” isn’t the right word. Hobbits like comfort, as we are told at the end of the first paragraph of the book. And comfort means, along with tobacco and predictability, food. Both The Hobbit and The Fellowship of the Ring begin with parties, and both parties include details of the food: seed-cake, raspberry jam and apple-tart, mine-pies and cheese, pork pie and salad, eggs, cold chicken, pickles, ale, tea, wine. And that’s just on page ten of my copy of The Hobbit. Hobbits have like six meals a day, and get really irritable if they miss elevenses.

Even during the long journeys and adventures that make up the bulk of those stories, hobbits are either thinking about the food they’re missing, or else getting fed by a variety of friendly folks they meet on the way. Farmer Maggot provides Frodo and company with the tastiest-described mushrooms I’ve ever encountered. Elves give the Fellowship lembas, an elf-cake that takes up no space, fills you up and sustains you with a single bite, and tastes like awesomesauce. Even the trolls who argue about the best way to eat Bilbo and his companions make ten methods of cooking dwarf sound delectable.

But my favorite, and my family’s favorite, are the meals Bilbo and the dwarves have at Beorn’s house. Beorn, a shape-shifting bear-man who keeps bees and eats no meat, gives shelter to the company on their way to Lonely Mountain. His animal servants serve up meals produced on his land: loaves of fresh bread, nuts, twice-baked cakes, dried fruits, and “masses of bread and honey.” It has become a tradition at my house when we want a fast and comforting meal. We have bread (homemade if we can, a fresh wheat loaf from a local bakery if not), fruit (grapes, apples, fresh pineapple), butter, honey, and cheese. We call it a “Beorn meal,” and it’s the most popular meal we have. This is half due to the tastiness; it’s good stuff. But it’s also due to the book—to the happiness that The Hobbit brought to all of us, the feeling of companionable comfort that means hobbit, and the sheer wholesomeness of Beorn’s house. We wish we could be there. And for a couple of dinners a month, we are.

So what about you? What are your favorite culinary scenes in literature? Any book-inspired foods? Any stories or poems that make you want to get your grub on? I’d love to hear, and I’m ready to eat.