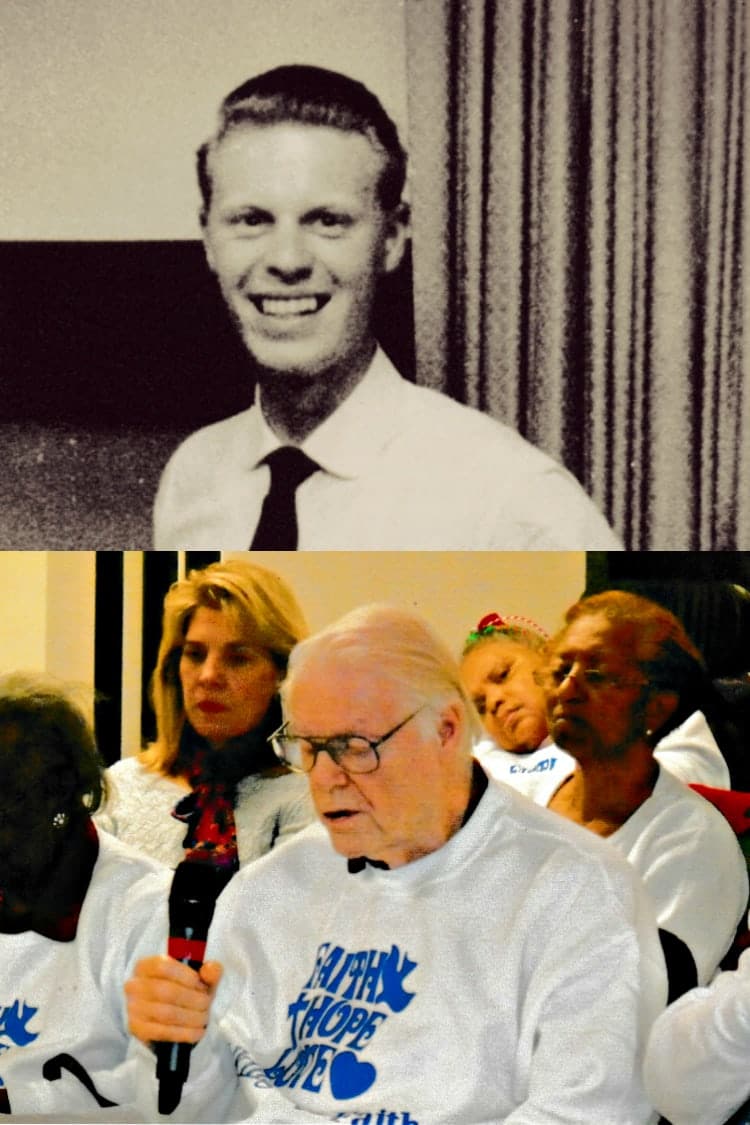 My dad, Howard Clifton Field, died on Monday morning, April 10, 2017, at 5:00 AM. It is weird to know that. It is still a bit hard to believe. I’m trying to get used to having a parent who has died. It’s a complicated process, and I’m trying to give myself time to let it all unfold as it will.

Many of you so kindly and generously sent him cards and gifts over the last few weeks of his life, and I know these tokens brightened up his room and his days. My mom and I sincerely thank you.

Here are the remarks I shared at his memorial service last Thursday, April 13, so you can gain some insight about my dad. Interspersed are some of his favorite songs as well as photos I gathered while at mom’s.


This was, hands down, my dad’s favorite aria sung by his favorite tenor. At our request, the organist at the church learned to play this as one of the musical selections before the service.

Thank you all for being here today for our family.

I think it’s very hard to ever really know another person. I’m sure we all have different ideas about what kind of person my dad was. I’m going to tell you about the Howard Field I knew.

My father was a member of Westminster Presbyterian Church for over 50 years. He played softball on the WPC team for forever, and some of my fondest childhood memories are of running around playing with the other players’ kids on long summer nights while our dads played ball at Philadelphia Presbyterian.

We chased lightning bugs, picked blackberries wild off the vine growing along the fence line of the Ross property. We roped the three Ross boys, Randy, Rodney, and Ricky, into playing with us. We played Ghost in the Graveyard in the properly old and possibly haunted church cemetery. 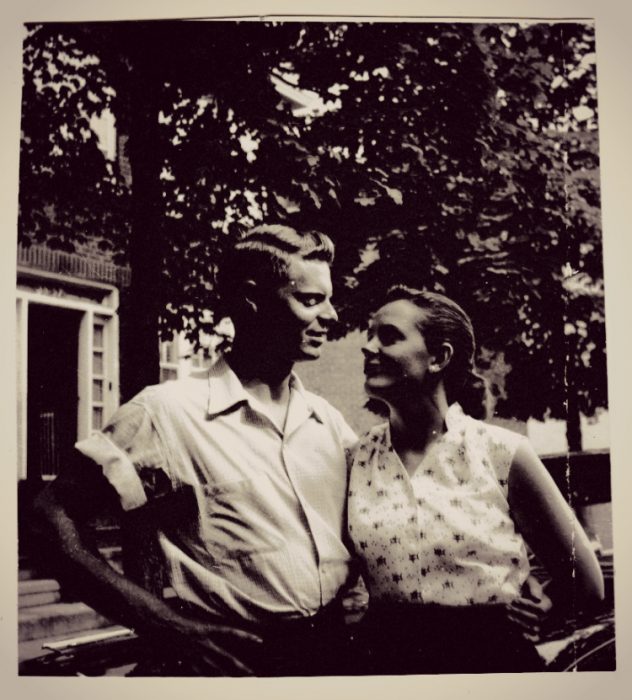 And occasionally, we’d cheer for our dads.

For us kids, the game was never about The Game. For my dad, who was an only child, I’m not sure it was really about the game quite as much as it was about the team.

Dad sang in the choir for decades. Lord, that man loved to sing.

I grew up listening to him sing everything from operatic arias from La Boheme to pop songs by Vikki Carr and Gary Puckett and Barry Manilow. And the Hallelujah Chorus.

He loved to sing for and with others. The music made him feel alive and special, and he wanted to share his music with as many folks as he could (sometimes even when they might not have wanted that).

Secular or sacred, for my dad the music wasn’t about the lyrics as much as it was the melody and his desire to make connections in the only way he thought he could. Another way for an only child to be a part of something larger than himself.

My parents were great entertainers, hosting dozens upon dozens of parties and get-togethers for church members.

Most of these Dos were dad’s idea, even though mom was the one who actually made these parties happen. Whether for the choir, the Sunday school class or the entire congregation—they actually had a series of parties that were open to church members alphabetically. They threw one for everyone whose last names started with A-E, and another for folks with last initial F-L. There was one group they called the MNOPS, a Sesame Street reference to the M-P crowd—at some point during their years at the church, my parents, at my dad’s urging, opened their home at least once to every single member of the church.

For my dad, it wasn’t as much about the religion as it was about the people.

As welcoming and as funny and as hale-fellow-well-met as my dad was, he was not always a happy man.

He presented himself as the life of the party, but I think he was trying desperately and not so successfully to fill a hole inside himself. As a younger man, he was able to mask his unhappiness with laughter and a glib tongue. As he aged, and with the onset of his dementia, he became less able to hide his unhappiness.

He was quick to anger and slow to forgive. He was obsessive and compulsive, and sometimes he was a little bit hard to be around.

Despite all of that, dad always tried to maintain his sense of humor. 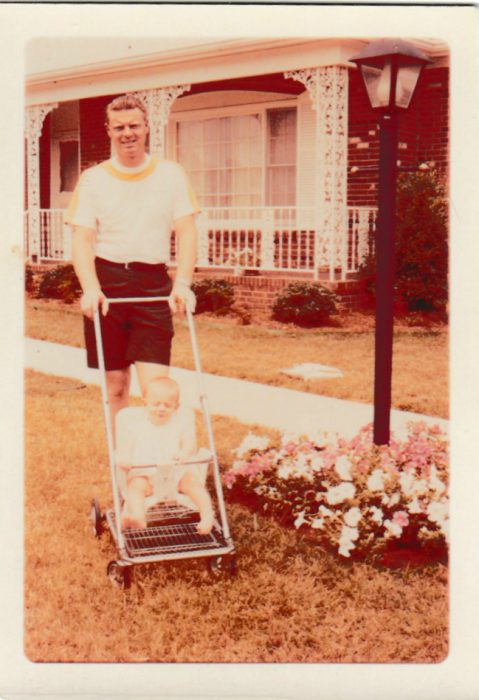 Every doctor, every nurse, every therapist who worked with him loved him. They were all invested in his care, because he had a great attitude, because even when he was tired he tried to do everything they asked of him, and because he did all of this with a song on his lips.

I think he wanted to imprint those songs on his heart to fill it.

Five weeks ago, he was scooting around the gym at HealthSouth in Rock Hill singing New York New YORK, It’s a wonderful (helluva) TOWN!! at the top of his lungs.

Only last Sunday in his room at Lake Park, he sang You’ll Never Walk Alone with a power I didn’t realize anyone who hadn’t eaten solid food for weeks could muster.