Cinnamon buttermilk cheesecake is brightened up with the addition of buttermilk, so it feels light in your mouth. Don’t worry, it’s still a pretty decadent cheesecake I think you will love! 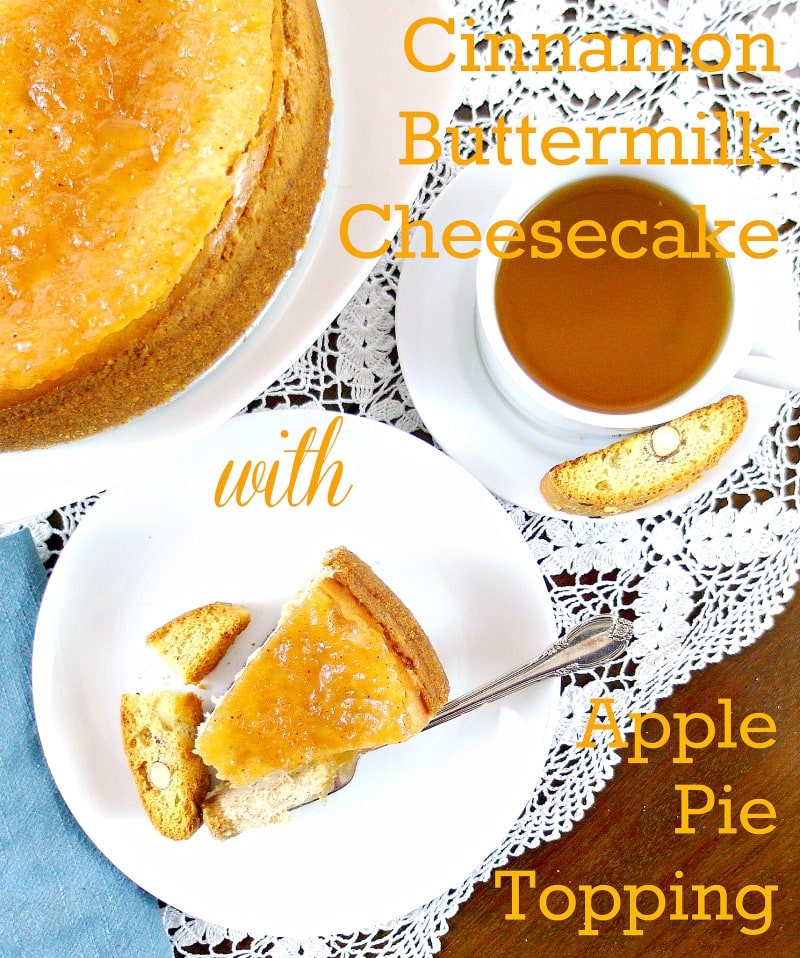 What You'll Find in This Post Click to view ToC
1 Cheesecake is Dangerous
2 How This Recipe Came About
3 The Magic of Buttermilk in Cheesecakes
4 More Cheesecake Recipes
5 Cinnamon Buttermilk Cheesecake
5.1 Ingredients
5.2 Instructions
5.3 Notes

I hardly ever make cheesecake. Not because I don’t like it but because I like it a little too much.

I am pretty sure I have never met a cheesecake I didn’t love and eat more of than maybe I should. I have even purchased a tub of Philadelphia cheesecake filling just to eat straight like pudding. Wait, that wasn’t me…

How This Recipe Came About

I ordered a jar of Apple Pie Jam from Fogwood Farm as part of our order through Carolina Grown. When I ordered it, I didn’t actually have a plan for it. I just had an idea that I’d be able to use it to make something delicious at some point. When the jam arrived, I put it in the cabinet and waited for inspiration. 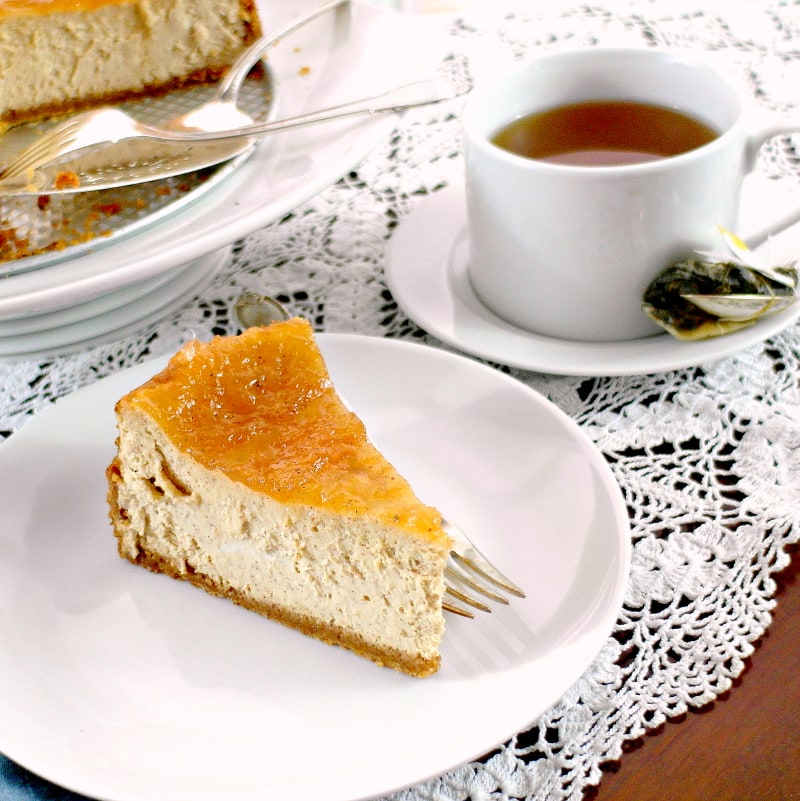 The next week, I bought 6 blocks of cream cheese at the warehouse store, because I had started thinking about cheesecake. I went in search of gingersnaps for an easy cracker crust, but when I saw the enormous container of biscotti, I changed my mind and bought it instead.

The Magic of Buttermilk in Cheesecakes

I had every intention of using heavy cream or maybe sour cream in the cheesecake, but then I spied the bottle of buttermilk. And, feeling somewhat sorry for it as it seldom gets chosen when I open the refrigerator door, I decided to use it instead.

I can now declare myself a very big fan of the buttermilk cheesecake.

Since it adds more liquid but not more fat, as sour cream or heavy cream would, the texture is much lighter. Plus, I can feel a little bit less guilty since it is somewhat lower in fat and calories than a “regular” cheesecake.

The texture is almost mousse-like. Not quite that fluffy, but pretty close. The tang of the buttermilk also helps to make it seem lighter. 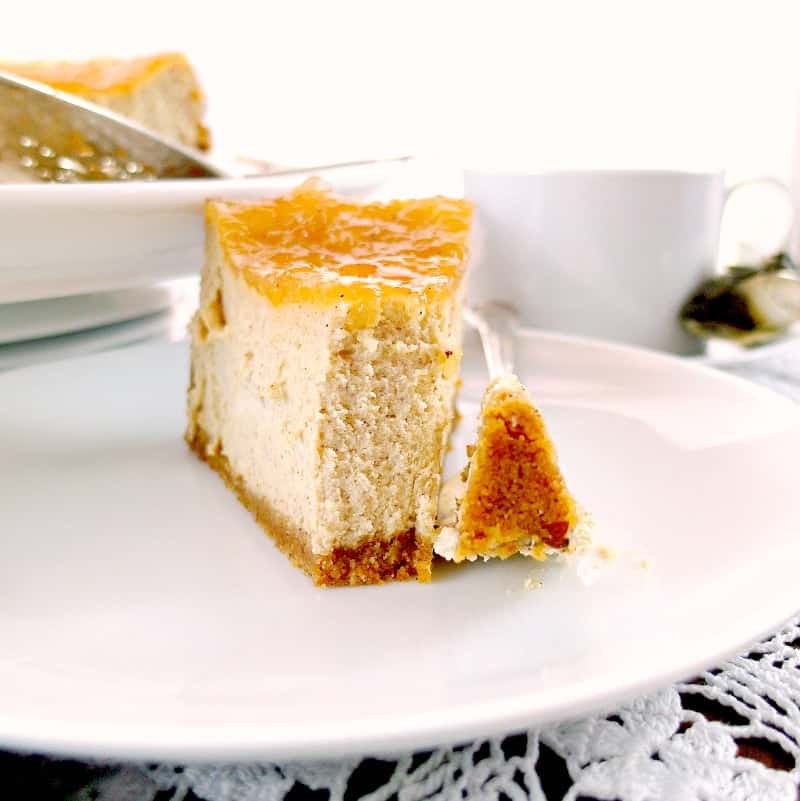 If you’re a cheesecake fan, don’t miss these other great cheesecakes, y’all:

I do hope you give this cinnamon buttermilk cheesecake a try. It is pretty delicious.

If you can't find apple pie jam, feel free to top with your favorite cooked apple pie filling. You could even top it with cinnamon apple sauce or apple butter if you wanted, as well.

So, are you as addicted to cheesecake as I am? What is the dessert that you can’t have in the house too frequently lest you lose control? Let me know in the comments!

Thanks so much for taking the time to read today. Take care, and have a lovely day!